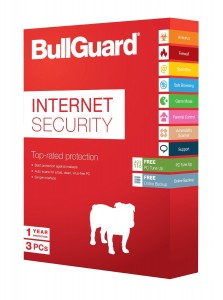 What is a System Reset & Restore?

System Reset & Restore is a service we provide for computer repairs Southampton that will reinstall a fresh operating system that came with your computer and reset it to the factory settings, it also includes the creation of user accounts and installation of programs and drivers so your computer works correctly and smoothly. The benefits of doing this are your computer will work as it did when you first bought it from the shop and any junk slowing the computer down would have been removed. The service costs £49 and if do this before the 16/09/16 we will include a free copy of BullGuard Internet Security.

We specialise in Computer Repairs Southampton. Our address is: 272-274 Shirley Road, SO15 3HP 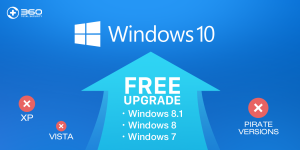 Below is our, as computer repair Southampton specialist advice on how to take advantage of Windows 10 free upgrade, before it ends. But time is running out so read below and book an appointment before you miss out on this opportunity!

It’s not too late to upgrade Windows 10

Windows 10 is approaching its end for a free upgrade, after this point in order to upgrade you will need to pay. Therefore if you have Windows 7 or 8 on your computer we recommend that you bring it into iFix Computers repair store in Southampton, to upgrade it before the 29th July 2016.

Windows 10 brought us new features and even a modern start menu, something Windows 8 lacked. The sleek design of Windows 10, makes it easy and simple to use for all different kinds of users. To install it, it involves removing all your files and data from your hard drive and starting anew. With this in mind I would recommend that you backup all of your files and then bring it into the store as this will save you money.

We are dedicated computer repair in Southampton, and understand more than most the importance of your data and files. With this in mind, once you’ve backed up your computer you will only need to pay £49 for a service called System Reset and Restore, otherwise you will also have to pay £35 for the service called Data Backup and Transfer.

Just to reiterate, I would highly recommend upgrading to Windows 10 whilst you have the chance as this will be the most up to date and secure version of Windows out there.

We hope to see you soon.

Windows 10 will run on almost every device

Windows 10 will run on everything from smartphones, tablets, Xbox, laptops, desktop PC’s to servers which means their removed the pain of learning different interfaces and made is simpler to use all across these devices.

The Start menu is back

The Start Menu is the most obvious feature that will please Windows 7 and older operating system users. In addition to that, it combines a list of programs from the Windows 8 Metro screen. You can still use regular desktop applications – Windows 10 won’t force you changing the way you work, which is a huge step forward in Microsoft thinking.

Microsoft latest Windows 10 product comes with some pre-installed apps that are improved over Windows 8 versions. In particular: Mail, Calendar, Microsoft Photos and the PowerShell. Windows Media Center, games and gadgets from Windows 7 are gone, but Windows Media Player is still there. Free replacements for missing apps are available in the Windows Store.

Some highlights of the latest product:

The launch is just the start. Microsoft is planning to continuously upgrade it over time and hopefully this will become a well performing product. At the moment – it looks promising but as been said before – it’s still in its early days and it’s worth waiting for a few weeks before upgrading in order to get more feedback about the product it self.

Please note that upgrading should take between 20-90 minutes depending on your device capabilities.

Have you tried Windows 10 before? What’s your opinion about Windows 8 and Windows 8.1? Leave a comment below! 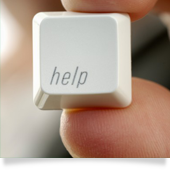 In the last few years computers in the home have become nearly as common as TVs and washing machines. Working well, the improvements they can make in day to day living are astonishing. It’s possible to buy almost anything online, which is of enormous benefit not only to busy working people, but very many disabled people are now able to ‘shop’ for themselves without leaving their own living room. We can communicate easily with friends and relatives all over the world. So, can you imagine how your stress levels would rise if your computer didn’t start one morning? Suddenly you wish you’d had someone look at that error message.

Think of it like your health – make time now to prevent damage in the future. Take a few minutes each week to back up your documents to a Cloud, CD or USB stick, and think about getting a technician in every six months or at least annually to run a health check. Treat your computer to a thorough health check, and give yourself the protection of knowing you will not lose your vital information through a hardware or software problem.

For a limited time we offer a bundle of “System Health-Check” and “Virus, spyware removal and protection against threats” for only £29, saving you £39!

“System health-check” is a service similar to MOT for cars, except for your computer. Our engineers follow a strict procedure in order to test the components of your computer, remove unnecessary programs, boost system performance, install updates and missing drivers, validate licenses and make sure that the system works as it is supposed to. I recommend this to be done at least once a year in order to maintain the performance of your computer.

Book a time slot now in order to receive this special offer for only £29 - saving you £39!

We will get back to you within 48 hours to confirm your booking. Meanwhile, why not to read our opinion about antivirus software / security that iFixComputers.eu recommends for the last 2 years?